Ladies, it's that time of year. Stores are stocked up on chocolate, plush toys, and heart-shaped everything. Whether you plan on snuggling up with your significant other, or are anti-Valentine's day, you can never go wrong with a Galentine's celebration. And what makes for a fun night in with the girls? Movies! Even better, movies about weddings.

This hilarious comedy tells the story of Annie (Kristin Wiig), who is chosen to be the maid of honor for her lifelong BFF Lillian (Maya Rudolph), and the many misfortunes she faces alongside the other four bridesmaids including Lillian's new best friend Helen (Rose Byrne).

In this film, the clever and hilarious pair, John (Owen Wilson) and Jeremy (Vince Vaughn), enjoy unlimited food and drinks as they pick up women at of all the weddings they crash. After deciding to do one more wedding before quitting their shenanigans, they end up being invited to a weekend getaway they will never forget.

This classic rom-com shows the challenges of planning a large wedding with a big family, and on top of that, getting your family to accept your fiancé! Watch Toula (Nia Vardalos) work on accepting her Greek heritage while also getting her family to approve of her non-Greek fiancé Ian (John Corbett).

Planning your wedding with friends can be fun, especially when you have the same interests. In Bride Wars, Liv (Kate Hudson) and Emma (Anne Hathaway) have bee planning their weddings since they were little girls, planning on being each others made of honor. Watch these two put their friendship to the test as their weddings are accidentally booked on the same date at their dream venue, New York's Plaza Hotel.

Here's to all my single ladies! Jane (Katherine Heigl) has been the bridesmaid for 27 brides, however still seems to be single herself. Watch Jane as she struggles to support her sister marrying the man she is secretly in love with, while the reporter of the wedding takes an interest in Jane.

Based on Kevin Kwans bestselling book, this movie follows Rachel Chu (Constance Wu) and Nick Young (Henry Golding) to Nick's hometown in Singapore to attend his best friend's wedding. Not long after, Rachel discovers that her boyfriend, and everyone else, are insanely rich.

7. Father of the Bride

This classic comedy tells the story of a father whose little girl gets engaged. George, who is played by Steve Martin, is surprised by his daughters engagement and is not ready to let her go. Watch George work on coming to terms with the idea that she is all grown up and handle the extravagant planning process.

Starring Sandra Bullock and Ryan Reynolds, The Proposal presents an unforeseen love story between a powerful book editor and her assistant. Bullocks character Margaret is facing deportation back to Canada due to her green card expiring, leaving her desperate to find a way to stay in the country: marriage. Her assistant Andrew (Ryan Reynolds) agrees to "marry her" under the condition that she goes to his home town in Alaska to meet his family, where they will face a few obstacles.

Whether a romantic at heart or not, you can never go wrong with a movie starring Julia Roberts. Childhood friends Julianne (Julia Roberts) and Michael (Dermot Mulroney), made an agreement to marry each other if they were still single by the age of 28. When Julianne is 3 weeks away from turning 28, and Michael reveals he is already engaged, she realizes she has loved him all along and tries to break up the marriage.

Get ready to sing your heart out during the numerous dance numbers and catchy-tunes throughout this film. Taking place on a gorgeous Greek island, Sophie Sheridan (Amanda Seyfried) is trying to find her real father to walk her down the aisle at her upcoming wedding. The one issue is, there are three men who could be her father, and her mother Donna (Meryl Streep) doesn't have any idea.

Zac Efron and Adam Devine take the screen portraying a true story about two party boys who are in need of respectable wedding dates for their sisters Hawaiian wedding. After placing an ad online and thinking they found the perfect duo, they realize that their chosen girls are even more wild and uncontrollable than themselves. Watch the drama unravel at this destination wedding while getting in a good laugh.

Another Julia Roberts movie! Maggie, played by Julia, is an attractive and peppy girl who has been quite unsuccessfully with her relationships and has already left multiple men at the altar. A local journalist, Ike Graham (Richard Gere) labels her as "the runaway bride" and follows Maggie to her hometown to report on her fourth marriage, where he believes she will run again. Between all of this, Ike begins to catch feelings for this heartbreaker.

While this popular movie may not completely be centered around weddings, it is a wonderful story with an important message: that love is what connects us. Following nine different stories, we see into the lives of many individuals and the complexities of life and love. From a British prime falling for their younger assistant, or a mentally ill brother complicating his sisters love life, we are shown the trials and errors of their lives and how they all intertwine.

One day while sick at home, a young grandson hears the story of the The Princes bride, which as been shared through generations of his family. The book tells the romantic story of a pirate, Westley (Cary Elwes), who is on a mission to reunite with the love of his life and stop her from marrying the prince. On his journey he comes across a handful of obstacles and enemies, however his love and determination keeps him motivated.

Successful wedding planner Mary Fiore (Jennifer Lopez) knows the all of the ins and outs of weddings. This hard-working and organized planner knows how to make any event memorable, and is looking forward to her upcoming high-stakes wedding that will be the biggest wedding of her career. As things seem to be coming together, she falls for a handsome doctor, however there is one issue: he is the groom. Watch Mathew McConaughey swoon all of the ladies on and off screen in this rom-com.

Custom thread colors, unique bow ties, and fabric that's personalized for each groom - finding the perfect suit for your wedding day can be overwhelming. Luckily, narrowing it down by season helps! Winter weddings are luxurious events that hold a look of elegance and class. I've narrowed down some of the best and most suited winter wedding menswear. Thanks to San Luis Obispo Endeavored Threads, you can get any type of quality personalized tuxedo for your special day.

Aly and Mark tied the knot at the charming San Luis Obispo wedding venue Higuera Ranch. With a rustic and vintage feel to their wedding vision, San Luis Obispo florist Fluidbloom created an elaborate design that highlighted each detail. San Luis Obispo photographer Cameron Ingalls was there to capture every perfect moment.

Falling In Love With The Lopez's

On a spacious evergreen farm with vast blooming white florals and array of October pumpkins, Megan and Colton got married and started the beginning of a long love story. Both of them are first responders and carry those traits of strength and loyalty throughout their relationship as much as they do their career. The wedding was put to life at the new and stunning Arroyo Grande wedding venue Tar Creek Ranch and every fairytale moment was captured by Amber McGaughey Photography.

A little party never killed nobody! At least that's what Charlotte and Brian were thinking when they planned their dream speakeasy themed wedding! This vintage and glamorous day was a sight that even Gatsby himself wouldn't want to miss. San Luis Obispo florist Brooke Edelman Floral Design accentuated the already stunning Cayucos wedding venue Cass House and San Luis Obispo photographer Alexandra Wallace was there to bring her moody and intimate style of photography to the event and capture every moment their day. 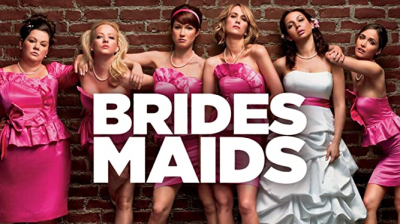 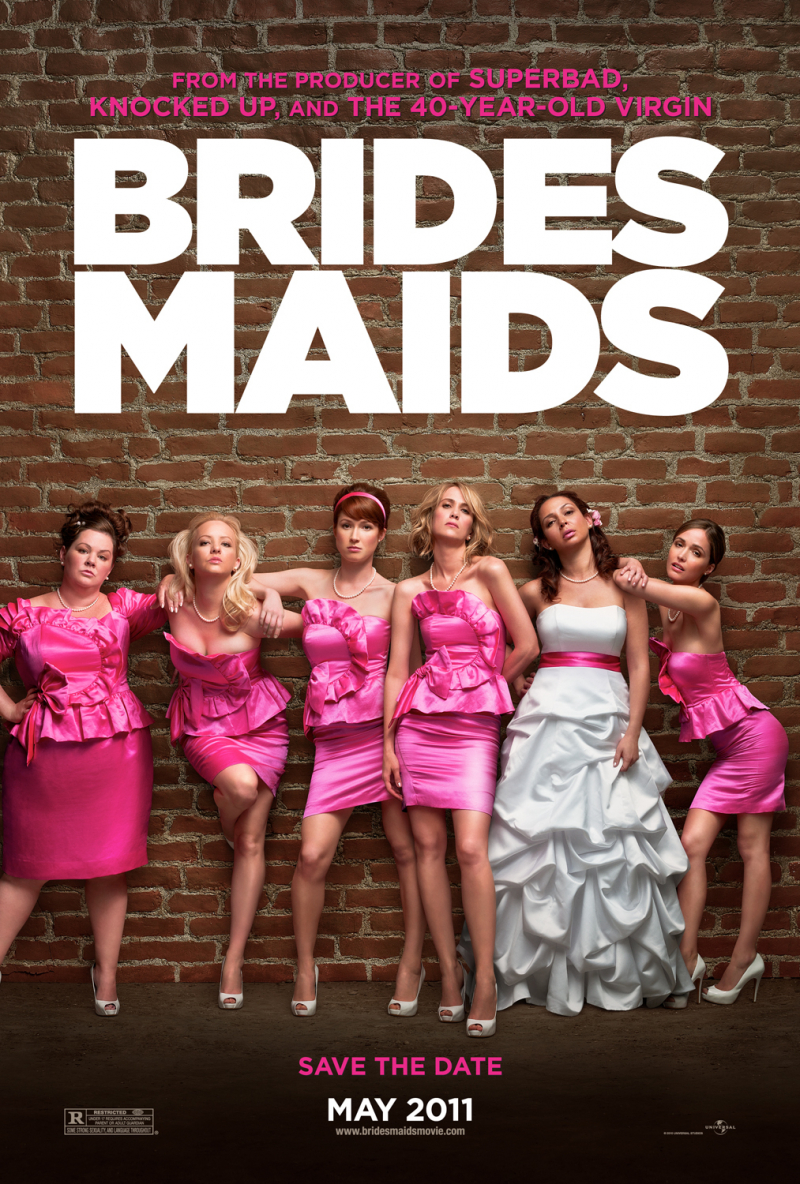 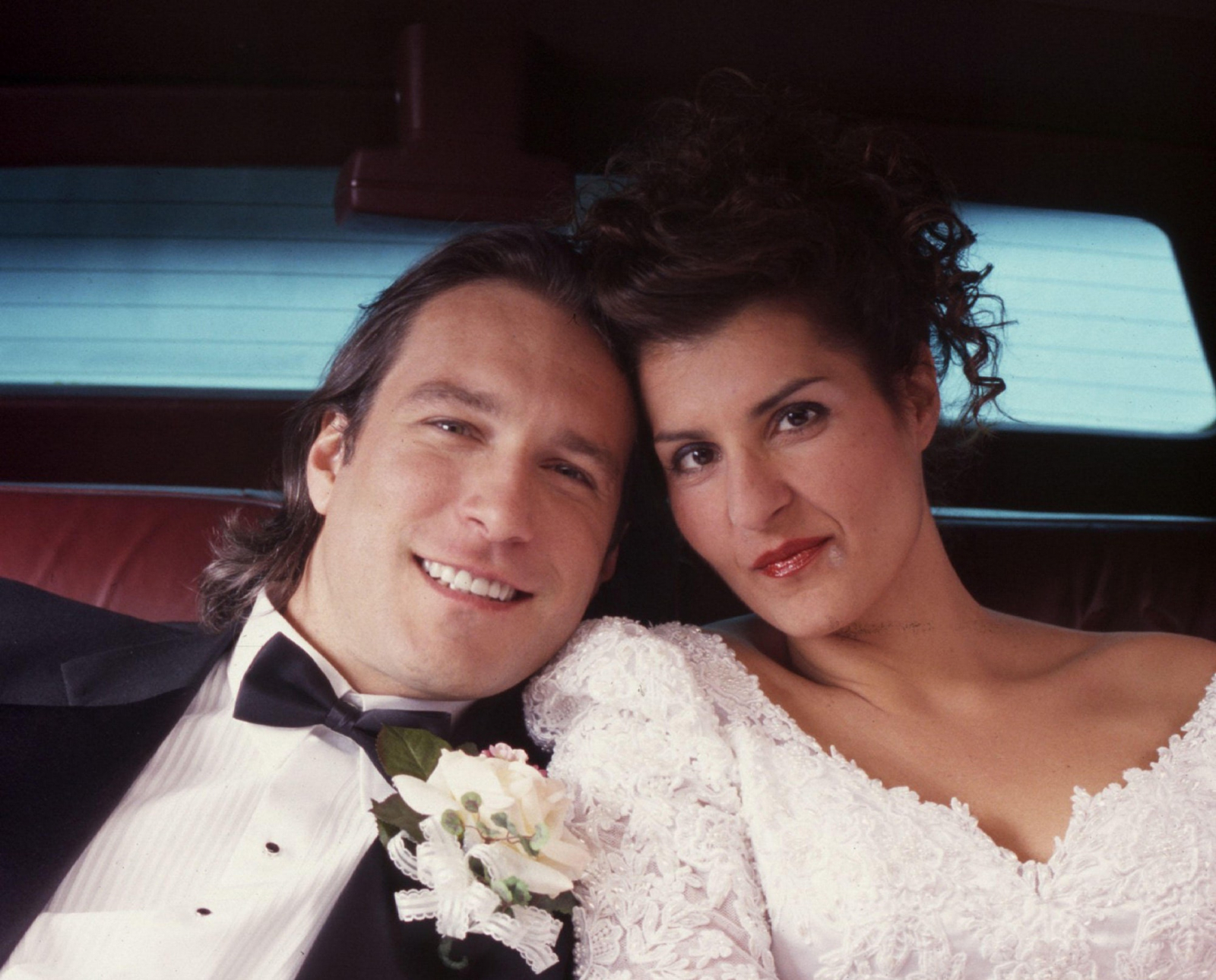 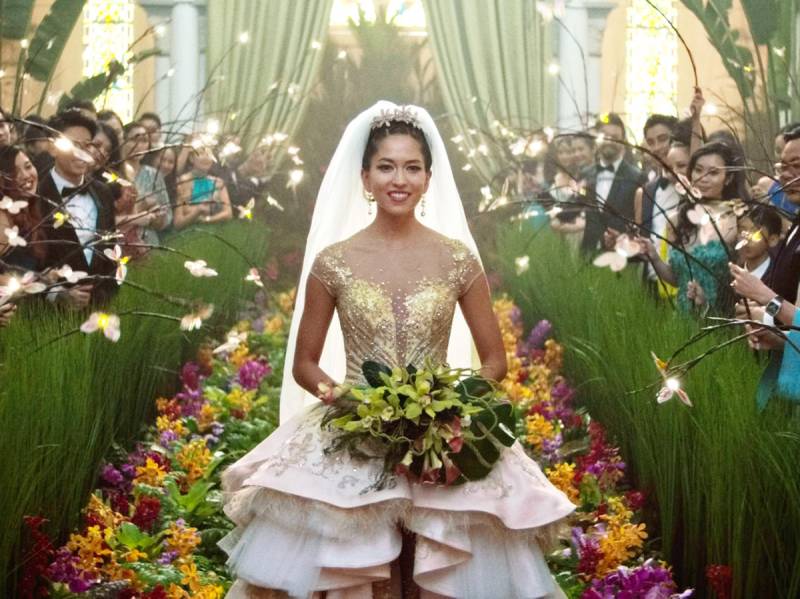 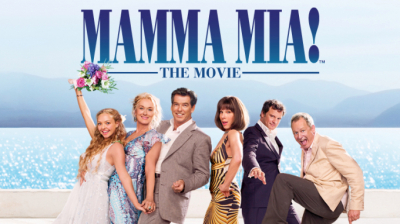 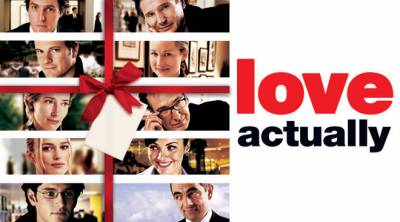 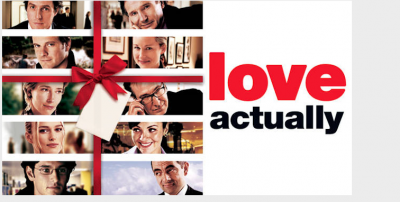 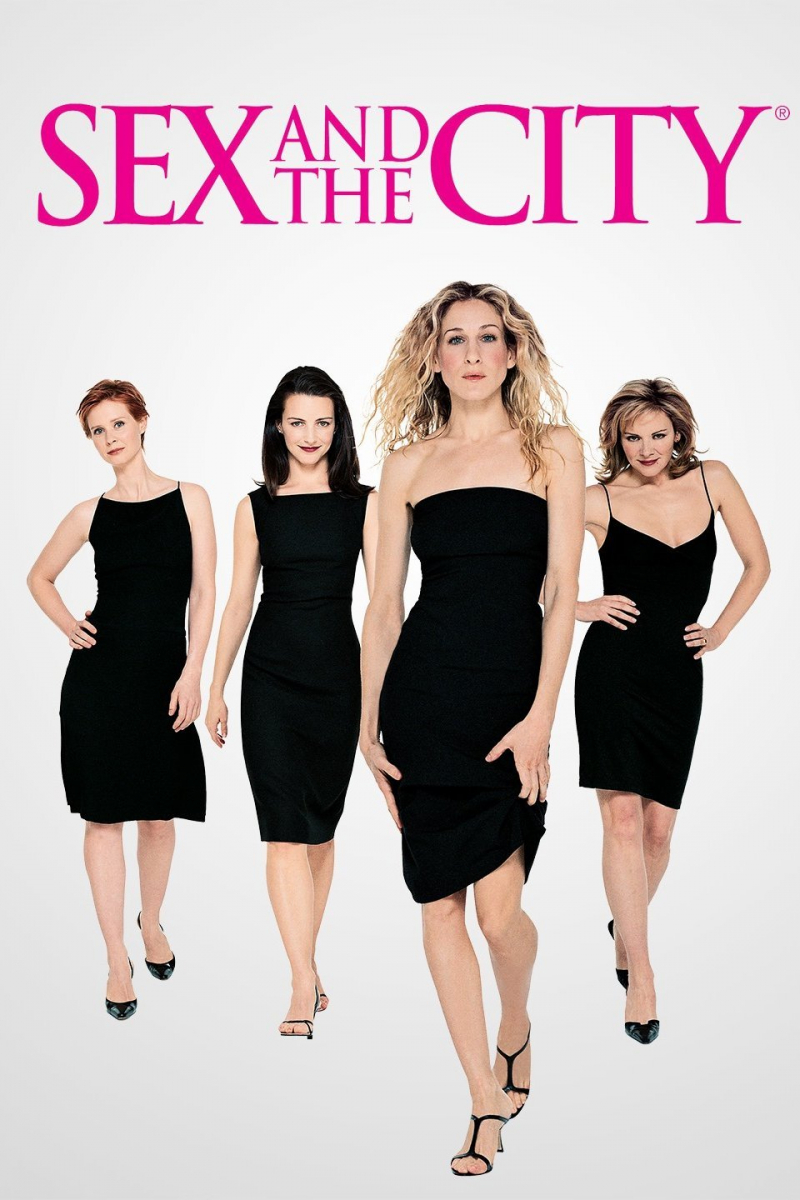 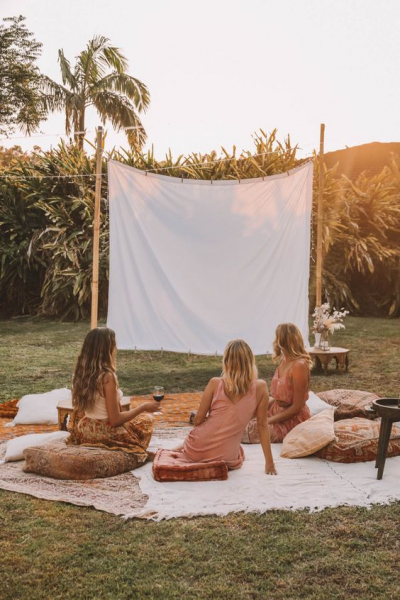 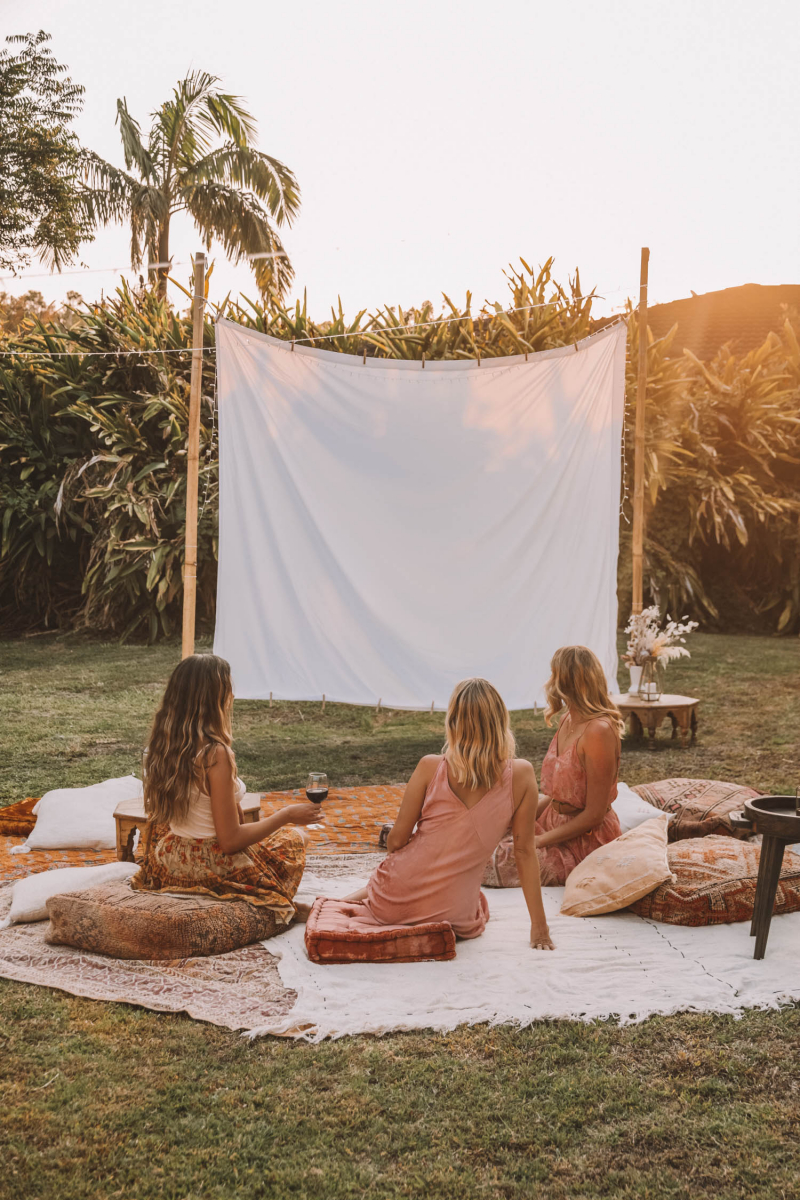